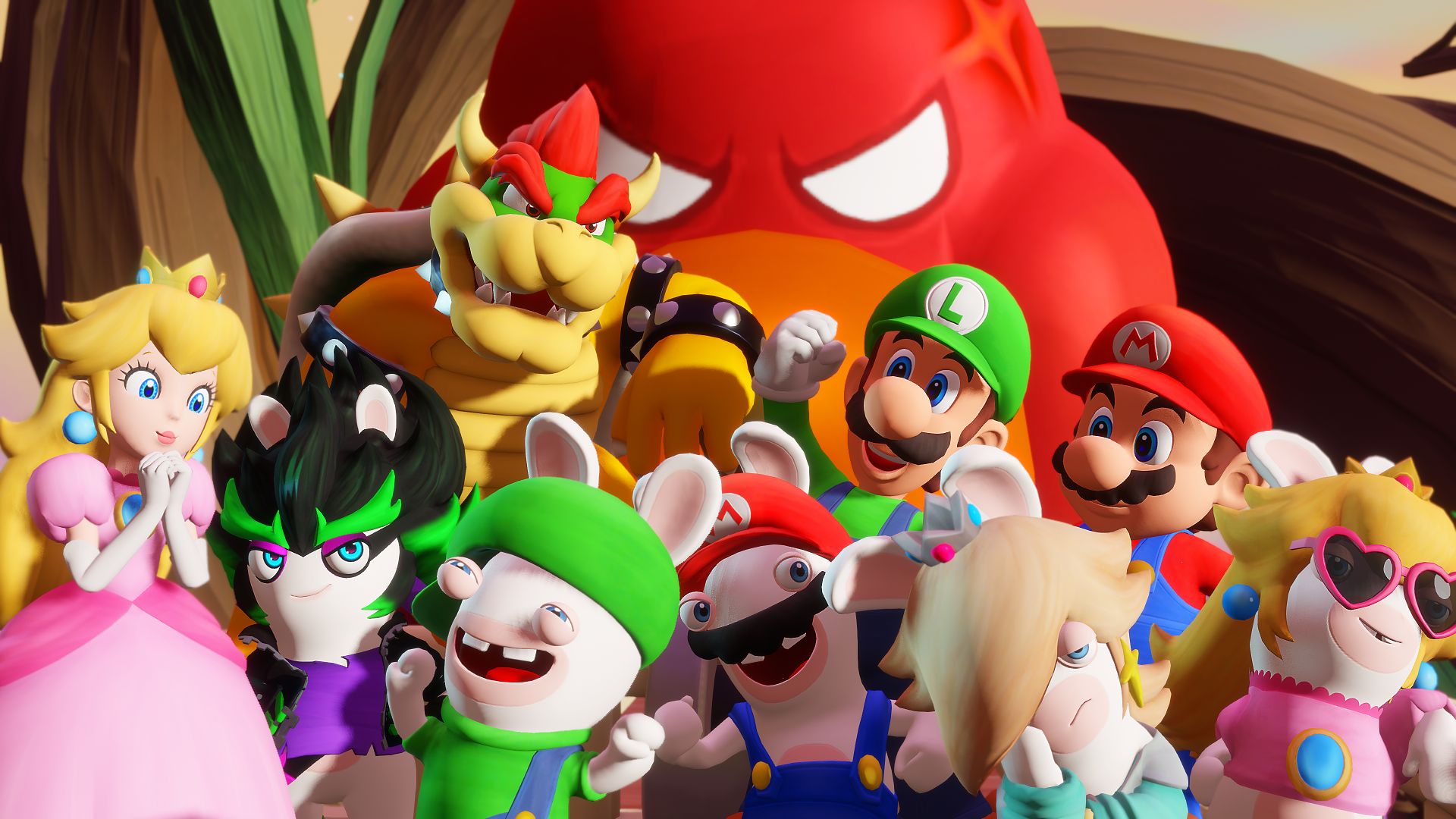 A new teaser video for Mario + Rabbids Sparks of Hope debuted at Ubisoft Forward, revealing that Rayman will reunite with the Rabbids for the game’s third DLC expansion.

As a new playable character, Rayman will join forces with Rabbid Peach and Rabbid Mario.

In addition to this post-launch announcement, a gameplay video for the game’s main adventure provided a first look at a new planet and boss. You can check it out below.

The DLC will see the friends fighting to save the planet Terra Flora from the mysterious villain, Cursa.

To do so, they will need to take down Rabbid enemies and participate in a boss battle against a massive Wiggler infected by Cursa’s influence. Sparks can provide all sorts of possibilities during combat by lending Heroes their elemental powers, as well as many of the different moves, combos, and actions players have at their disposal.

The DLC featuring Rayman will be available for standalone purchase or as part of the Season Pass, which is included in the Gold Edition.