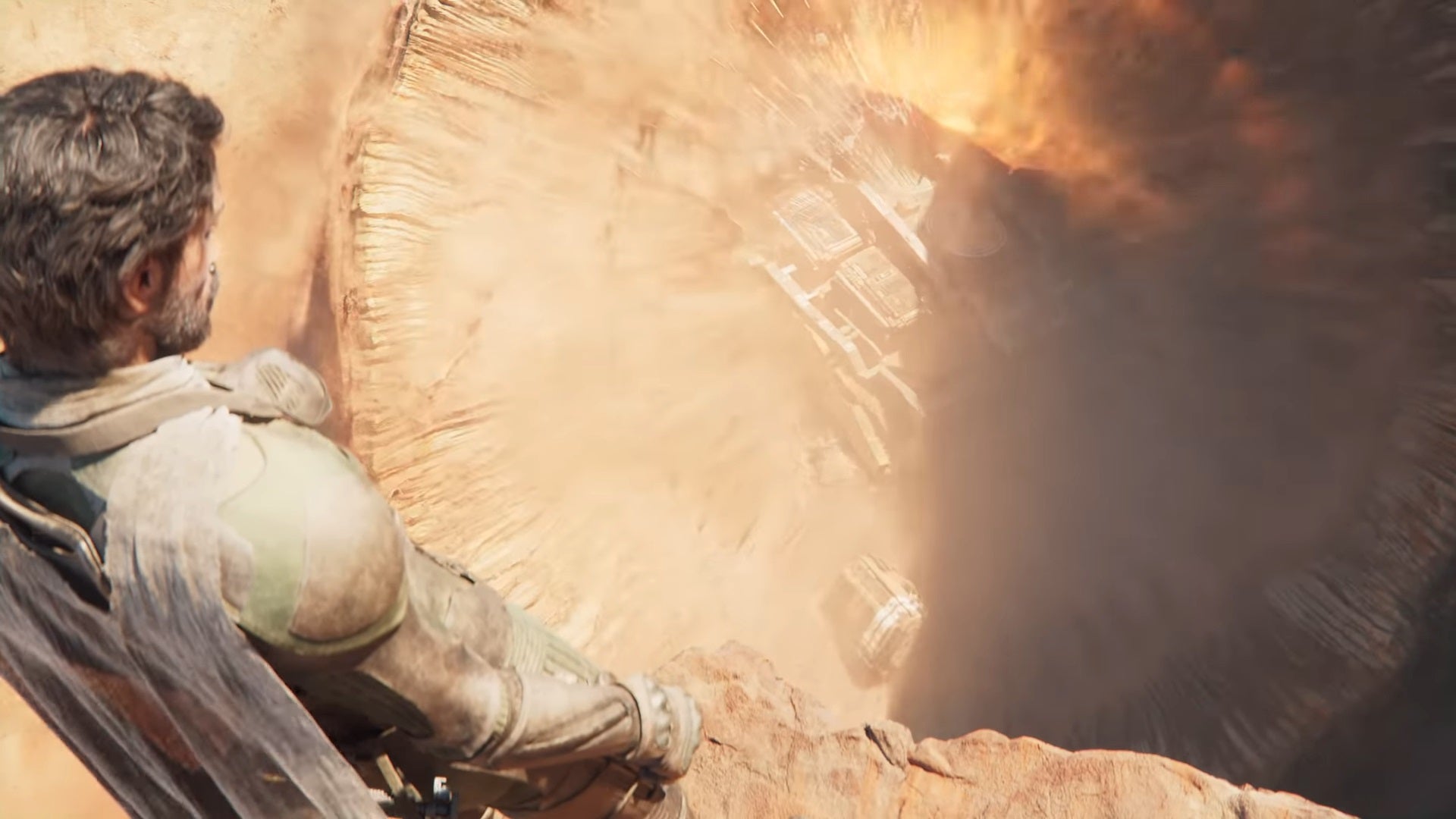 Last night, Gamescom 2022 was the mindkiller for many. However, one highlight had to be the announcement for Dune: Awakening. A cinematic trailer, sure, but still a world I personally would love to explore more through the medium of video games.

An open world survival game coming to PC, PlayStation 5 and Xbox Series X/S, the game has yet to be given a release window. However, you can wishlist the game now on Steam and sign up to an open beta right now on the official website.

According to the official press release, the game will take inspiration from both the classic novels authored by Frank Herbet, as well as the recent (and brilliant) film from Denis Villeneuve. The game claims to combine “the grittiness and creativity of survival games with the social interactivity of large-scale, persistent multiplayer games to create a unique and ambitious Open World survival MMO”. Think games like Rust or DayZ but solidly set on the legendarily un-solid sands of Arrakis.

The title will apparently feature unmapped sectors you can explore, giant storms, even bigger sand worms, base building and the “iconic Dune vehicle”, including armoured groundcars and ornithopters. Harvesting spice will also play a part, as you’ll seemingly be able to deploy your own harvesters and have to defend them from other players.

We’ll have to wait for some time for additional updates, but it’s good to see more Dune media out there. Obviously, you can’t beat the books, but with a universe so rich, it would be a shame if the gaming industry didn’t give it a crack. The recently released Dune Spice Wars seemed to have done a decent job of it, so the more the merrier.

Are you looking forward to Dune: Awakening? Let us know below, as well as whether you’re excited to do some worm riding in the foreseeable future!

For more Gamescom reveals, check out the new The Expanse trailer shown off by Telltale Games during the show, as well as our coverage on the Everywhere reveal at Gamescom.