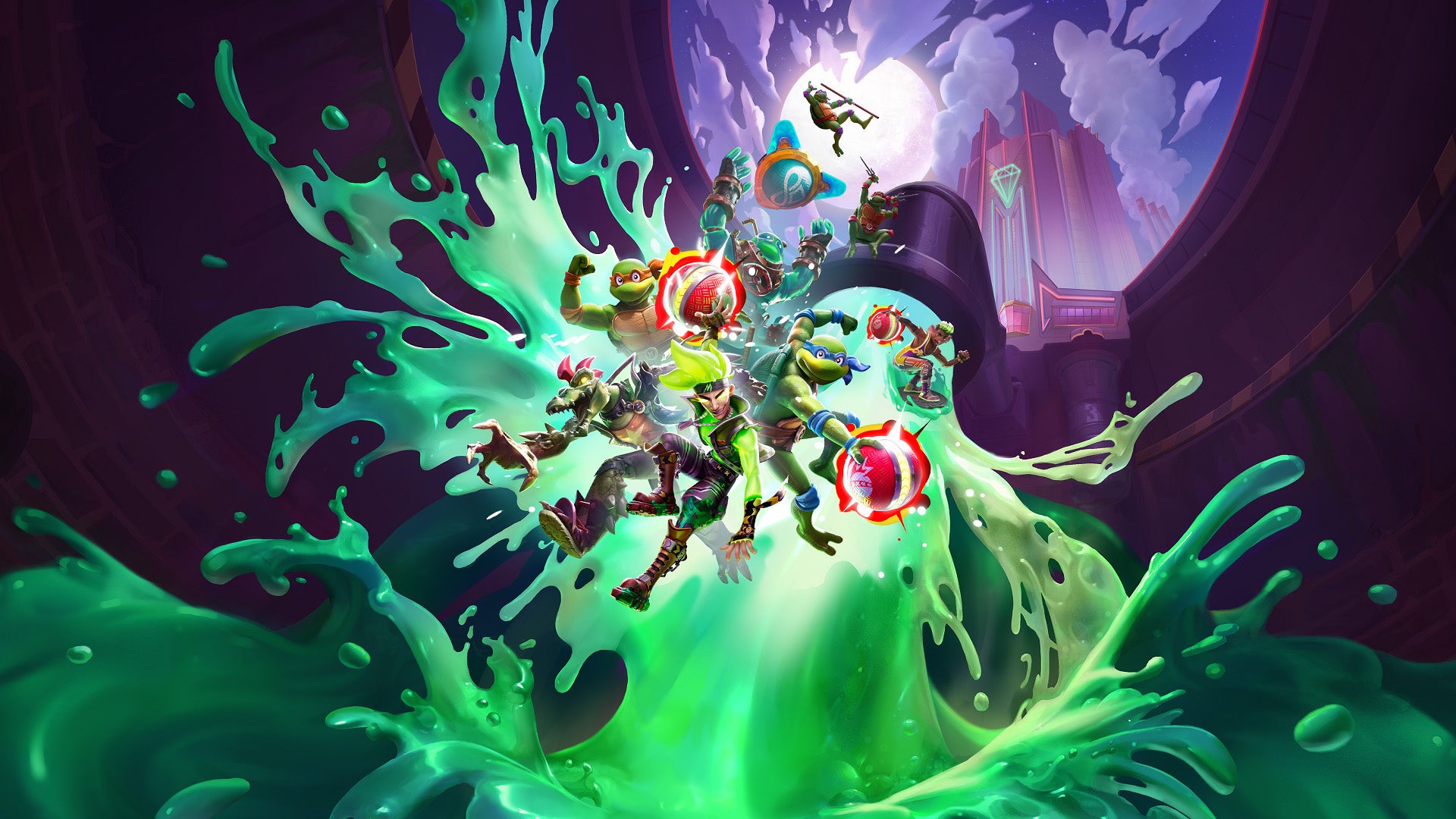 Season 7 of Knockout City has been revealed, Mutant Mutiny, bringing some new brawlers to the game – the mutants. “Honing their skills in the darkness of the sewers below, The Mutants aren’t just incredible brawlers – they’re a tight-knit Crew built on trust, respect, and camaraderie,” writes the blog post announcing their arrival.

Of course, the most eye-catching addition to this season are the turtles in a half shell themselves, a description that’s still a bit confusing, The Teenage Mutant Ninja Turtles. Once season 7 launches August 30, so in just a couple of days time, you’ll be able to buy a bundle with all four turtles – Leonardo, Raphael, Michelangelo, and Donatello – and play as them in any dodgebrawl match.

The latest season will also add some original brawlers too, like Neon, the leader of the mutants, a brawler whose hair and skin glows a bright neon green. There’s also Susan, a reptilian brawler with a ’90s appropriate “‘tude,” or if rodents are more your thing there’s Ratfink, someone who naturally fits in a second-in-command. Lastly there’s Goober, a “totally sentient… giant… goo guy” as very accurately described in the announcement post.

There’s also a brand new stage to duke out in, Sludge Works, which seems to be just as gooey as Goober. This one will keep you on your toes as the sludge rises and falls, though it doesn’t actually kill you, it’s more about changing the layout of the stage. But if you’re not careful, and the sludge disappears while you’re over a pit, that might be it.

If you plan to get the Premium Brawl Pass, you’ll also be able to unlock an April O’Neil and Shredder-themed costume, meaning the whole gang is here to hang out and throw balls.

There are a number of other changes coming that you can read about in the blog post, like more custom features in private matches.