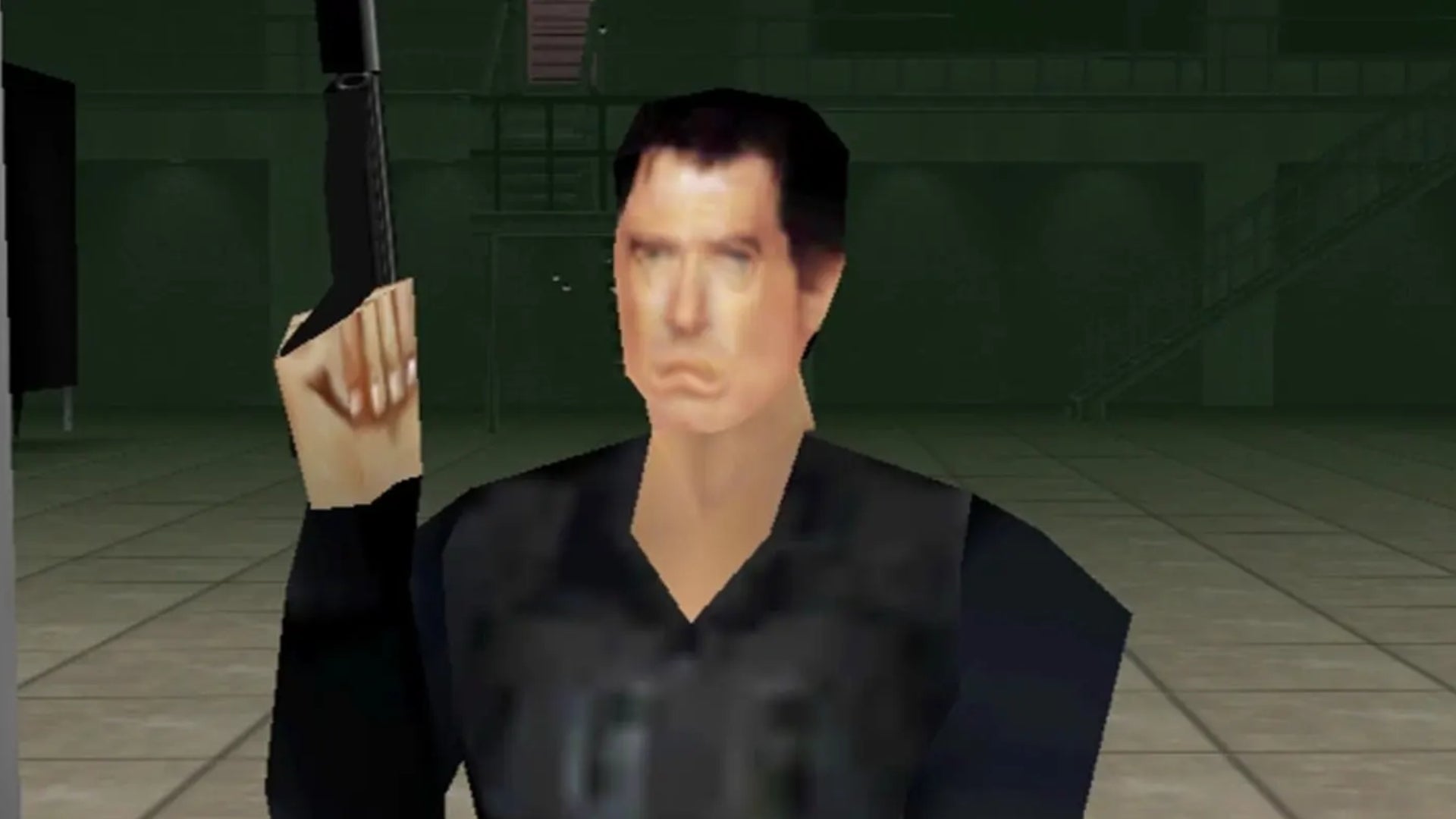 What a thrill it’s been to see GoldenEye 007 finally revealed to be making a return on Nintendo Switch and Xbox. Sure, it’s been rumored for a long time, but it was still one of the most electrifying announcements on a day that was, thanks to a Nintendo Direct and State of Play, pretty packed full of ‘em.

It was also an announcement that then gave way to questions and even a twinge of disappointment, as an Xbox version was confirmed – but it just wasn’t what we all thought it would be.

Let’s break it down. GoldenEye is coming to the ‘Nintendo Switch Online’ subscription service as one of many Nintendo 64 titles available on that service. It’s a standard NSO release, which means it’s playable so long as you have the right tier of NSO subscription, and is essentially an emulated N64 game rip, given tweaks and adjustments by Nintendo in order to make it run on Switch, and to handle extra features like online play.

That means that the Switch version of GoldenEye is largely identical to the original (it still has a 4:3 presentation, for instance), but it does feature the necessary hooks for online play, just as things like Mario Kart 64 do within the NSO wrapper.

Meanwhile, Xbox gets its own, new, updated version of the game – and this is where things begin to get especially weird. This new version of GoldenEye appears to be a direct port – but it’s also a port based solely on the N64 original, with minimal improvements. In fact, it’s likely the same solution for running an uprezzed N64 game as used for some other titles in Rare Replay, like Conker’s Bad Fur Day.

It features a widescreen 16:9 presentation and renders at a crisp 4K, but other than that appears to be identical to the original. That includes, shockingly, no online modes – multiplayer is in, but only as what Xbox calls the “iconic split-screen local multiplayer mode”, encouraging players to “take to the couch in a battle of wits and skill.”

I mean, for starters, what bizarro inside-out universe are we living in where the Nintendo version of this classic shooter has online play while Xbox bigs up offline? But also, thanks to a slew of leaks with GoldenEye, we all know better. That in particular makes the disappointment bite hard. To understand, a minor history lesson is required.

Back in the late 2000s, Rare had undertaken the task of remastering GoldenEye for the Xbox 360 – but the remaster never saw the light of day thanks to various rights-related issues around the title. Back then, the legal standing of the game was stretched between multiple stakeholders, from the Bond bosses at film production company EON to Nintendo (publisher of the original), Microsoft (owner of the developer & presumably code), and Activision (the then-holder of the Bond license for games, more interested in making their own GoldenEye starring Daniel Craig). All of this proved insurmountable, so the remaster was canned.

Two things happened in the wake of this, however. Much of the work that was done on this GoldenEye remaster was plied to give us a fantastic Xbox 360 port of its spiritual successor, Perfect Dark. And then, later down the line, the GoldenEye remaster for Xbox 360 just… leaked.

Clearly just dropped onto the internet by somebody who had access to the files who was disappointed it’d never see the light of day, the remaster is incredible – easily as good a job as the Perfect Dark release – and it’s basically finished. But crucially – and this is where the disappointment kicks in – it was a much more comprehensive do-over than what Xbox is now getting in this new, different, and official release. The remaster featured a complete visual overhaul, with some tweaked geometry and redone texture work. It looked surprisingly good, and though such artistic changes aren’t for everyone, it also featured a button to toggle back to the N64 visuals. The comparison below showcases the unreleased remaster’s visuals versus the just-announced Xbox release.


Crucially, the menus of this version refer to local, system link, and online play via Xbox Live. It would’ve been the definitive version of GoldenEye, just as Perfect Dark 360 is now the only version of that classic worth playing.

This version is playable. It’s more or less done. Above, you can see an embedded video of our buddies at Digital Foundry hanging out and playing it in an Xbox 360 emulator. It works. It feels like a finished game, but for relatively minor finishing touches.

Which raises a question: why would this version get tossed out in favor of a completely new, completely inferior version? N64 visuals at 4K, no online play… and over on Switch, fans are literally getting the N64 version, warts and all – but they can at least play online.

I’m fascinated by who or what is responsible for this. Is this down to EON, a company that has in recent years expressed distaste for the bloodthirsty nature of many older Bond video games? Did they only want the original released, and not anything more, which might add more detail to Bond slaughtering endless goons? Is this part of the verbal sparring between Nintendo and Xbox over the rights, where both ultimately had to get a sort of gimped version?

Whatever the answer is, it sucks. It’s also a cautionary tale of what happens when projects of uncertain status leak: who that is aware of it can look at this new GoldenEye remaster without thinking of the superior version we didn’t get? Not me. Even then, however, I think a reasonable expectation would be for any GoldenEye re-release to match the treatment Perfect Dark got. This isn’t even close.

Really, both platforms should’ve got a full release of the Xbox 360 era port, polished up and finished off – ideally with cross-platform multiplayer. What we’ve got instead is the best of no worlds. What should’ve delivered us a definitive GoldenEye instead just muddies the waters further – which is a shame indeed. Though, one supposes, it’s better than nothing. This is one of the greatest games of all time, after all.