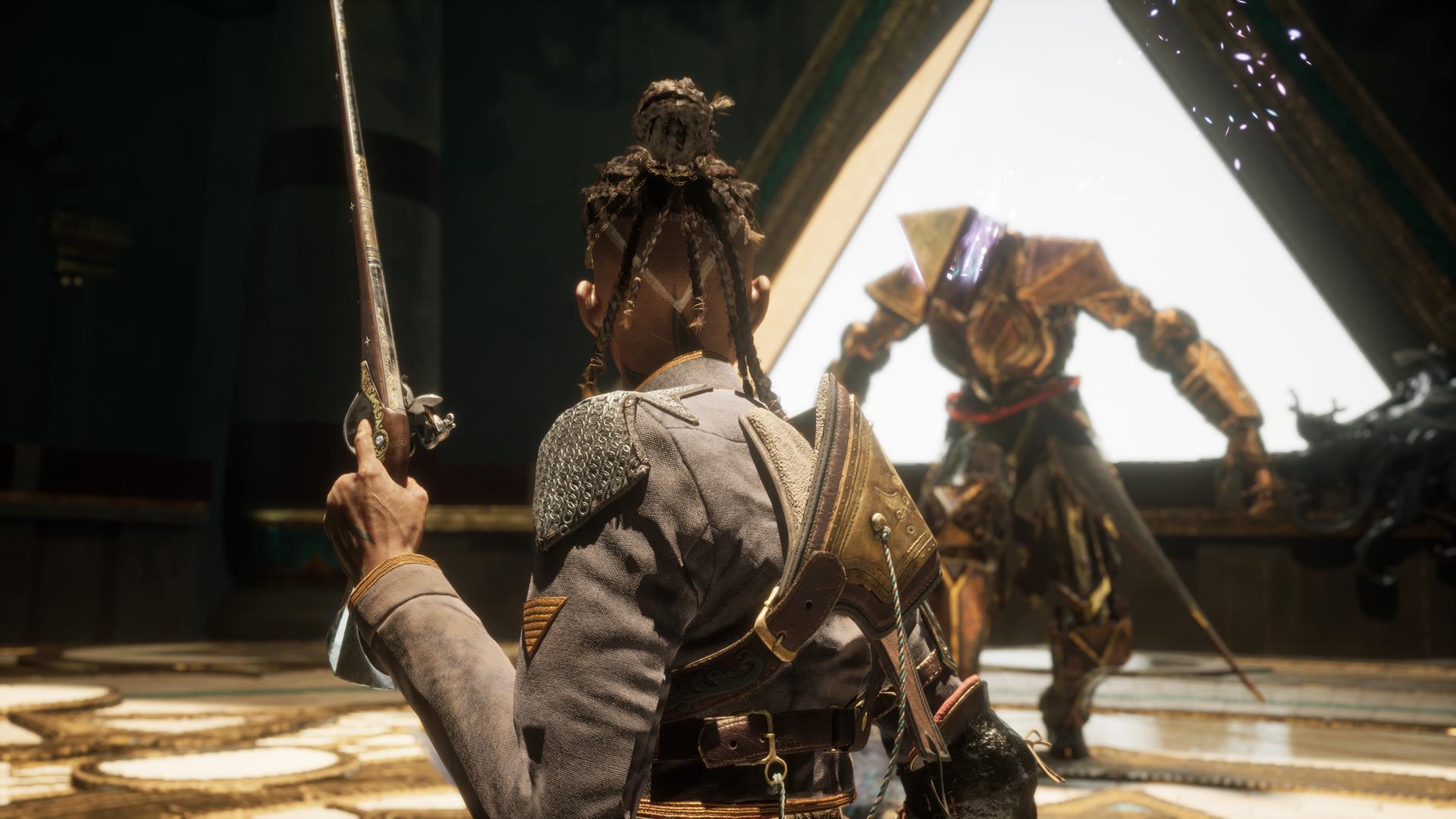 We finally have a proper, long look at Flintlock: The Siege of Dawn‘s gameplay. At gamescom, developer A44 brought a new build of the game to show off to the press, and subsequently released a new trailer with a deeper look at gameplay.

As a follow-up to Ashen, Flintlock was always assumed to be a Souls-like in some ways. While this remains true, the game is leaning harder into God of War and even spectacle fighters than it initially appeared.

At five minutes-long, the video starts off simple; showing off the meaty hatchet combat and how the flintlock pistol fits into the flow. But it quickly skips to the more involved parts of the action. When near death, enemies appear to glow like in the modern Doom games, and catching them in that window delivers a God of War-like finisher.

The flintlock pistol can also be used to deal standard damage, but it does look cooler as a combo-ender and to finish off staggered enemies. Indeed, we even seen it utilised as an opener rather than a finisher, which comes in handy when closing the distance to enemies at range.

Interestingly, enemies appear to change their tactics during the fight depending on their loadout. For instance, one enemy becomes more aggressive when they lose the shield, which is definitely cool to see, not to mention adds a little bit of variety.

Enki, your fox-like companion, plays a major part in combat. Like in the modern God of War, he’s mainly used to apply elemental damage and distract enemies without outright killing them. Enki is also how you traverse certain parts of the world.

The whole thing looks solid, though the focus on scoring and finesse rather than Ashen/Souls’ survival is surprsing.

We recently spoke to developer A44 about the studio’s AAA ambitions with Flintlock, and how it differs from Ashen.

Flintlock: The Siege of Dawn is out early 2023 on PC, PS4, PS5, Xbox One, and Xbox Series X/S. It will also be available on Game Pass at launch.