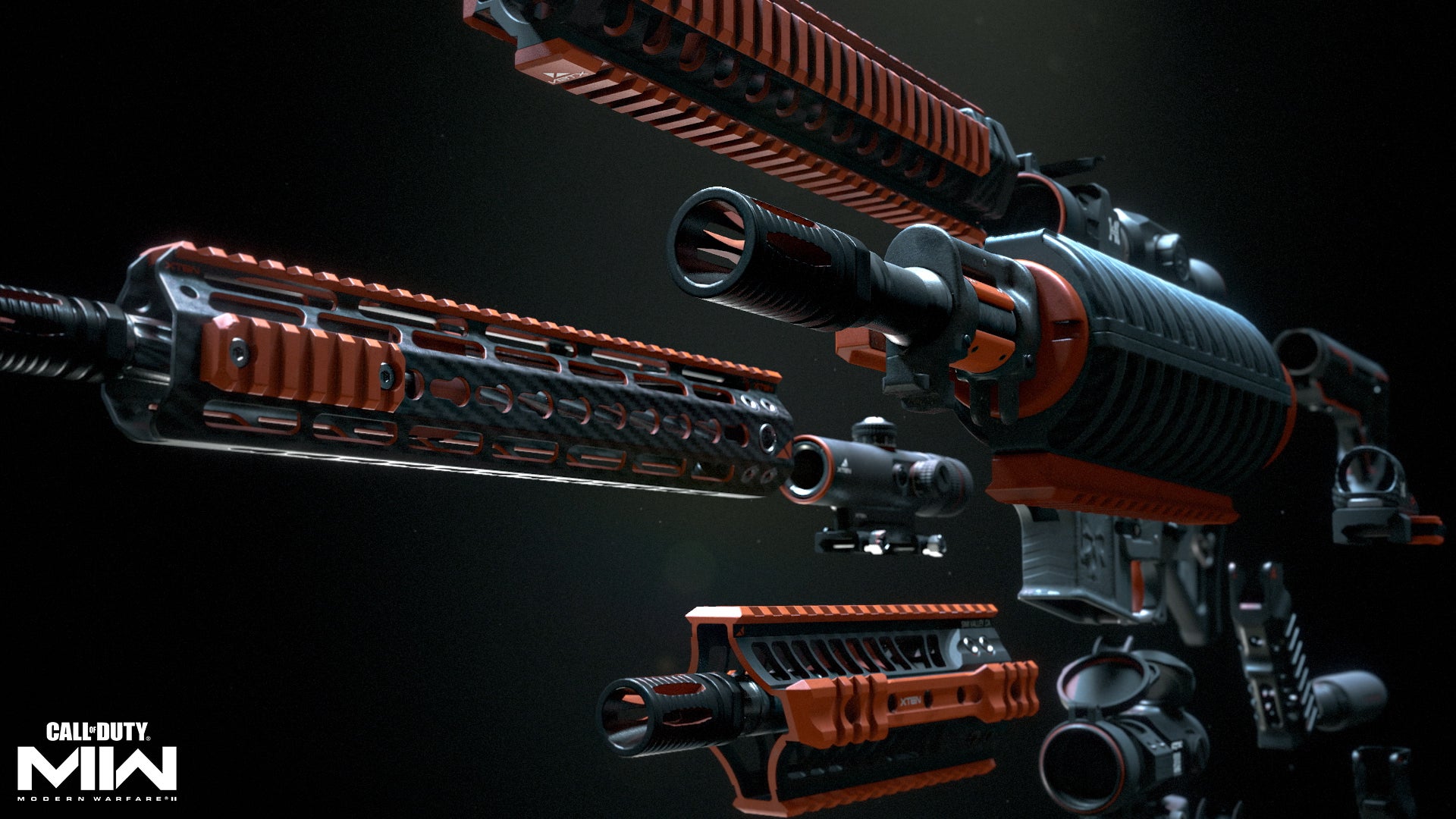 Ahead of today’s Call of Duty: Next multiplayer showcase event, Modern Warfare 2 developer Infinity Ward finally unveiled one of the biggest new additions in the upcoming shooter: Gunsmith 2.0. The Gunsmith system, introduced in the 2019 Modern Warfare, was one of its defining features.

It allowed players to unlock an unprecedented number of attachments and experiment with weapon modifications to a level only seen in milsim shooters. That system has been revamped for Modern Warfare 2, and the developer explained what its goals are in a new video.

There are two key pillars to Gunsmith 2.0, which resemble the way Escape from Tarkov handles weapon creation. The first is Weapon Platforms, which encompass all the different possible variants (SMG, DMR, AR, etc.) that are born from a single platform.

This is achieved by the other pillar: Receivers. By swapping weapon Receivers on a specific platform, you alter a weapon’s behaviour – much like the real world. Think of it as a tree branching into different areas that all share a common origin.

By having such a large number of combinations, Infinity Ward needed to completely change how progression and unlocks work. Weapon attachments are now shared within the same Weapon Platform, meaning you only need to unlock them once. Not only that, the attachments that can physically fit on multiple platforms – such as sights – will be available for use across all the weapons they support once unlocked.

The video also confirmed that Modern Warfare 2 will ship with a Firing Range, which is accessible from the Gunsmith menu, and lets you quickly test your different combinations without having to jump into a game.

The new Gunsmith will be available in the upcoming beta for players to experience. Those who pre-ordered the expensive Vault Edition of Modern Warfare 2 will even get their pre-order bonus – the FJX Cinder Weapon Vault – to play with in the beta as well as at launch.

Infinity Ward provided a few examples of how it works in a blog post, which you can read at the link.