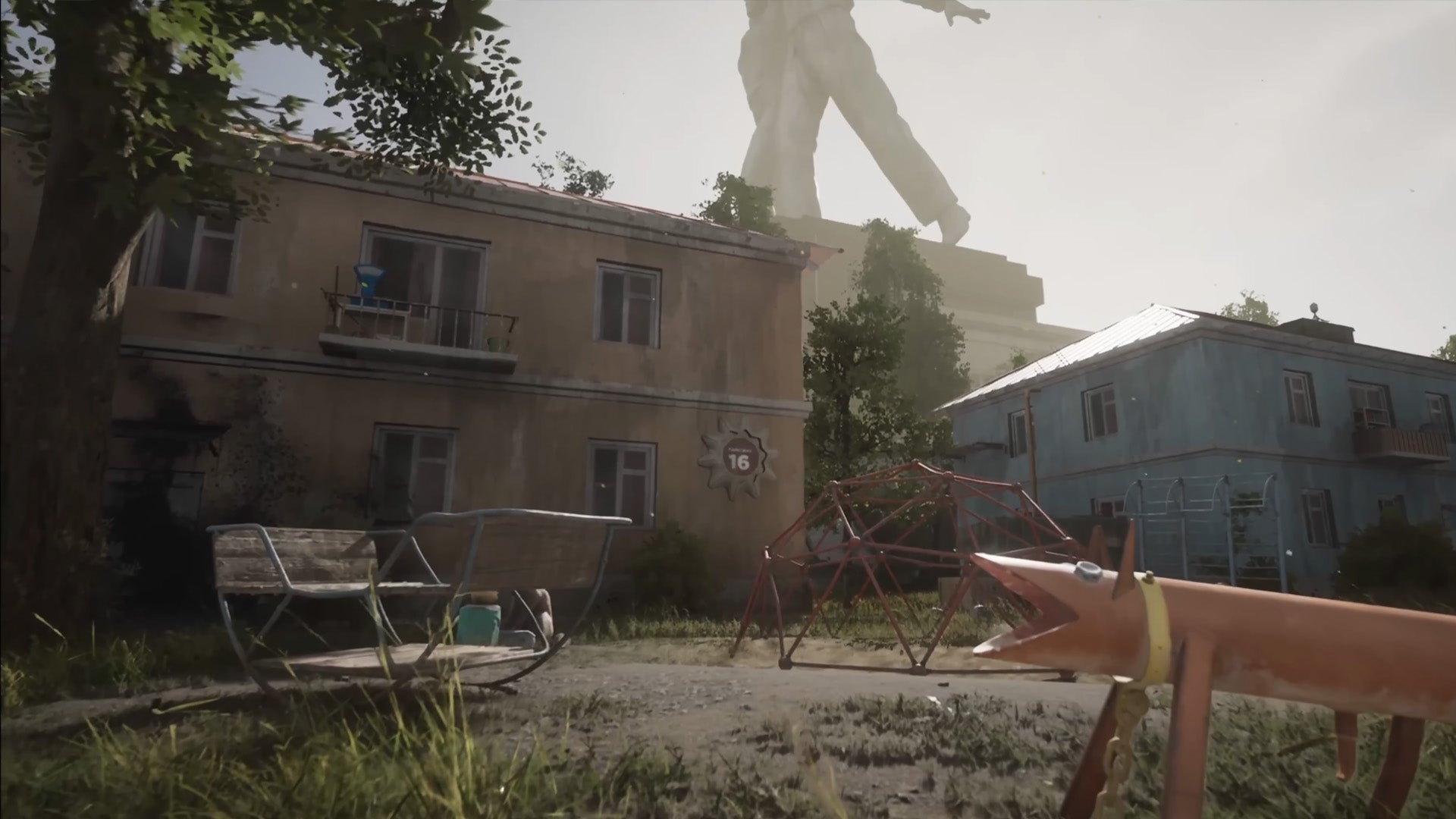 Atomic Heart, the first-person-shooter set in an alternate 1950s Soviet Union, received a new combat trailer at Gamescom to show you what you’ll be in for.

The latest trailer for Atomic Heart shows off some gameplay that looks a little bit Fallout, a little bit Dishonored, and a little bit BioShock, combining to form something that seems like you’ll have a lot of options, at least when it comes to shooting at and destroying various types of robots.

Gameplay, like many games before it, predominantly consists of shooting at things with a number of guns at your disposal, though sometimes you get to swing a melee weapon and slice robots in half too.

Weapons seem to include things like pistols, machine guns, and spears that can transform at the tip. You also have some powers available to use, which look like they’ll be the most fun. One power seemed to be some kind of shield, another emitted a freezing mist, and another still showed the player using telekinesis to lift up a whole bunch of enemies.

It seems like you can slightly mix and match these powers too, as one section of the game shows you lifting up some enemies into the air, then freezing them, so you’ll likely be able to have a bit of fun with them.

The trailer is intercut with a weird, somewhat sexual dance between two femme looking robots, showing one robot turning their hair into a unicorn horn and inserting it into the other’s stomach. Not sure what that means, but hey ho, that’s video games!

Elsewhere at Gamescom, Dead Island 2 was brought back from the, well, you know, after a surprising eight years of silence, and it now has an actual release date. We even got to see some gameplay, so at the very least it does seem like a real, playable game.