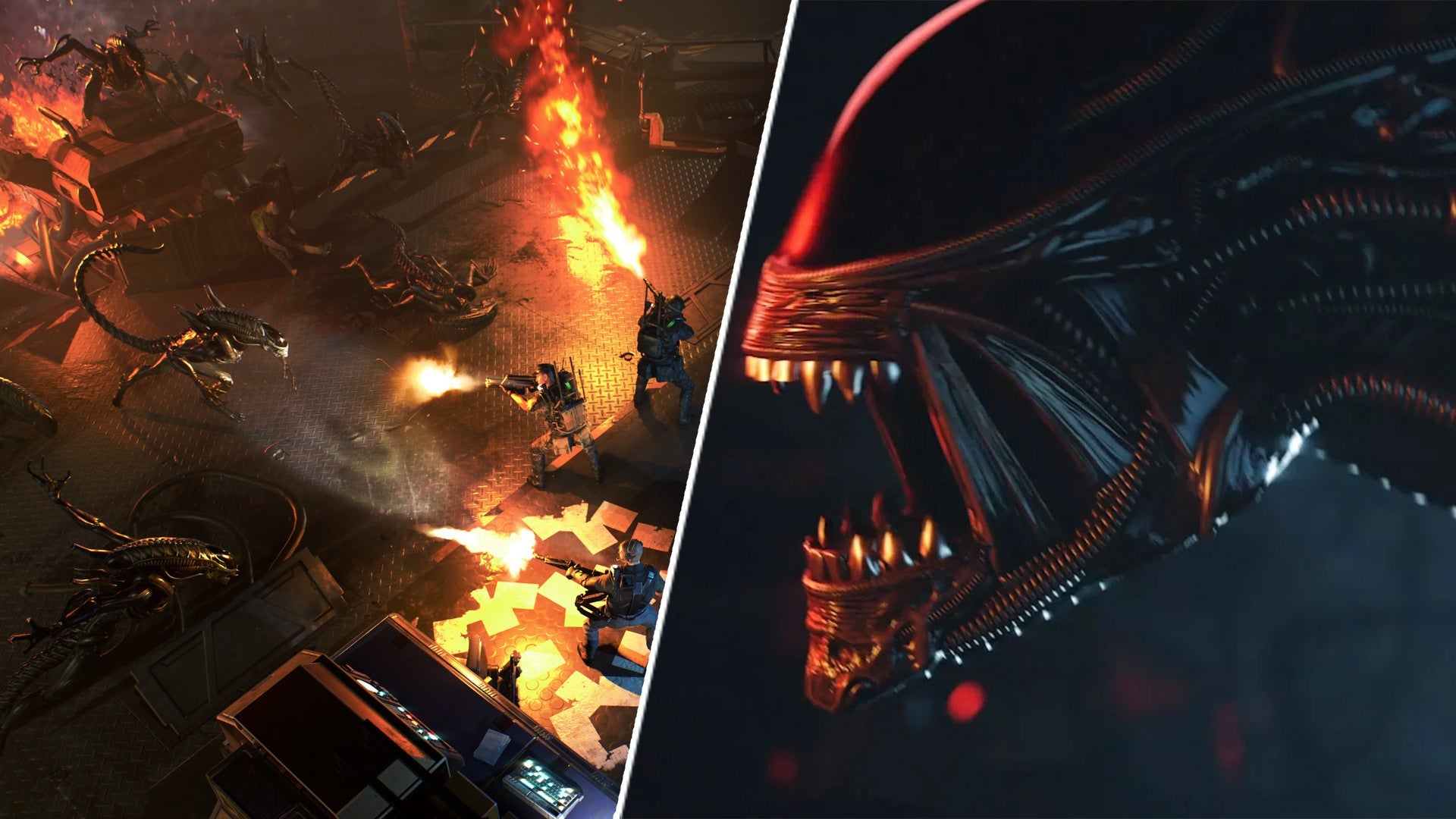 After the initial showing of Aliens: Dark Descent, you’ve probably got a lot of questions: is the game a sequel? Is Aliens: Dark Descent multiplayer? Can you play it only in single-player? When is this new Aliens game coming out? Well, after a hands-off session in Gamescom, Germany, we can at least help you out with the answers to a few of these burning questions.

In case you missed it, here’s the world premiere trailer for Aliens: Dark Descent.

First up, Aliens: Dark Descent is single-player only. The title is a squad-based, single-player action game that lands somewhere between Diablo and XCOM – at least to my eye. Playing through an original Alien story (set sometime after Alien 3, we’re told), you will command a squad of marines in real-time combat against the Xenomorph threat. You’ll need to think about troop placement, the terror levels of your crew, and how long your traps and tools can hold up before needing repairs.

The setup is this: there’s a prelaunch screen where you’ll have an overview of your crew before every deployment, and once you’re done, you’ll be able to rifle through the various bits of detritus you’ve found to see if there’s anything particularly meaningful that you can salvage. Enter systems like item rarity, equipment slots, and such. But the actual meat of the game – the amount of time you’ll be exploring Moon Lethe with your (probably doomed) crew – that’s set at about “anywhere 20 minutes and an hour”.

This means there are some smaller and more claustropobic maps for you to infiltrate, and some larger open levels brimming with Xenomorphs and rogue enemies from the Weyland-Yutani Corporation. As you’d expect from a game like this, there’s permadeath – and there are more terrifying threats out there than even the Xenos, too (you can definitely expect Facehuggers, Praetorians, and Alien Queens – eep).

The longer levels are almost certainly going to be the hardest: Tindalos Interactive notes that foes will adapt their tactics to your actions while hunting you down, and the AI will play intelligently to overcome your play style and try to bypass your traps, infiltrate your encampments, and kidnap your soldiers. There’s a huge emphasis on creating safe zones, setting up motion trackers, and striking out with survival as your focus as a result. Don’t expect this to be easy. And expect more than a fewof your soldiers to lose their sanity en route to the game’s end.

As for a release date, we know that Aliens: Dark Descent is coming to PlayStation 5, Xbox Series X/S, PlayStation 4, Xbox One, and PC (Steam) in 2023. A more specific date than that has not yet been announced.

If you want to learn more about the game, you can see what our Associate Editor Alex Donaldson thought about the game after his behind-closed-doors Gamescom presentation. Spoiler: he really liked it.